OMC is a Cornwall, UK-based company, founded some 35 years ago. A pioneer in the field of optoelectronics, OMC develops and manufactures and specialises in the application of cutting-edge LED and fibre-optic technologies for a wide range of industries and companies worldwide, placing a major focus on research and development, engineering and innovation. OMC’s commitment to the highest standards of quality, performance and engineering support is recognised within the industry. OMC has four key manufacturing divisions: Fibre Optics; LED Backlights and Optical Mouldings; Discrete Optoelectronic Components; and Semiconductor (LED) Lighting.

Now one of the world’s leading specialist optoelectronics innovators and manufacturers, the company has significantly expanded following substantial investment in new facilities a couple of years ago, and remains heavily committed to and invested in remaining at the forefront of optoelectronics technologies. 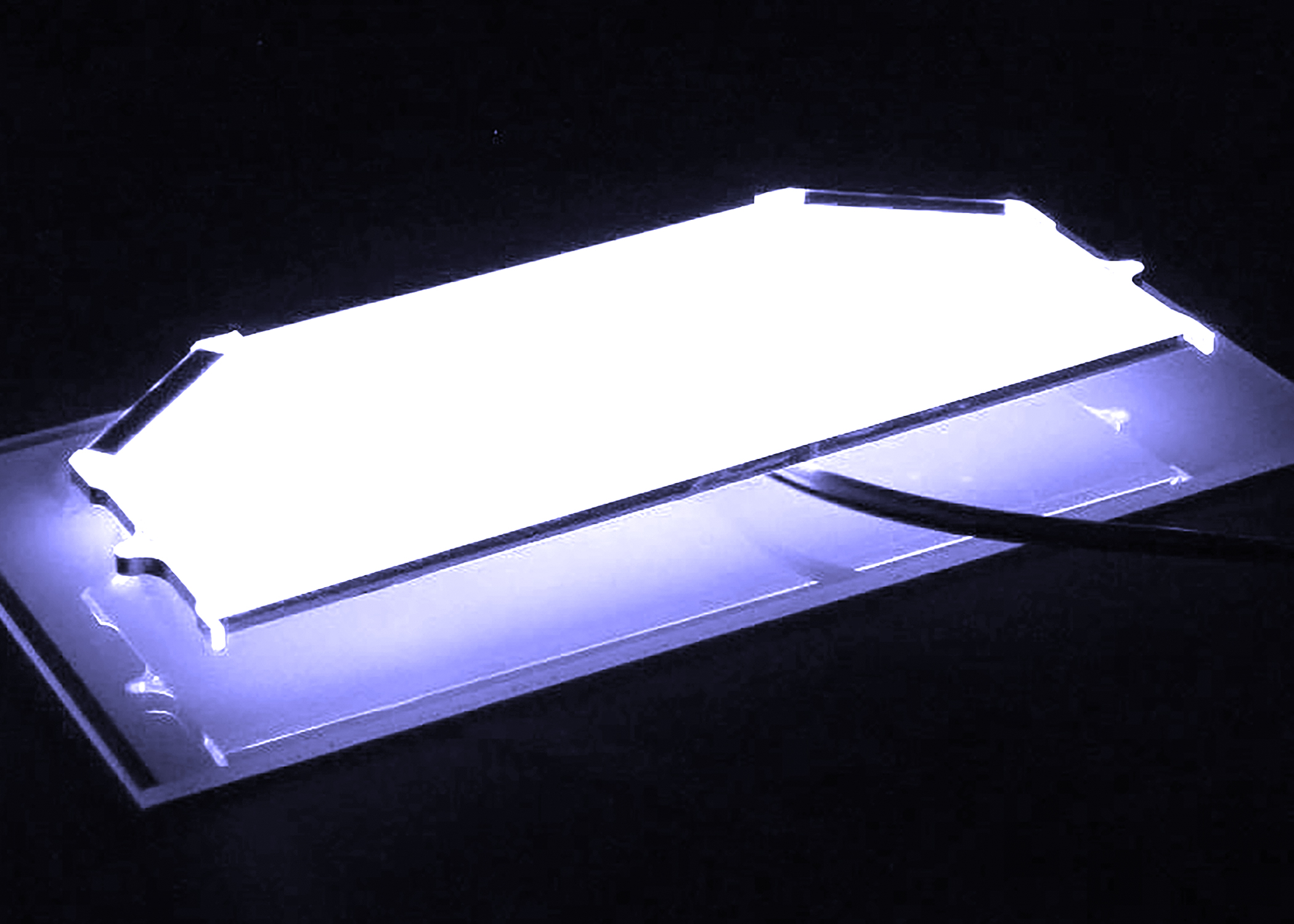 In November 2019, OMC announced the launch of a new moulded backlight series called Mouldshare™. Mouldshare™ backlights are manufactured using innovative sliding-gate injection moulding techniques developed by the company which significantly reduce the usual set up costs and MOQs associated with producing a new backlight to a customer’s desired shape and size.

Put simply, the company’s Mouldshare manufacturing process allows many different designs (from one or many customers) to be incorporated into a single injection mould tool. This vastly reduces the setup cost associated with each individual design, and reduces minimum order quantities considerably.
In general, setup costs for standard moulded backlights are in the region of £5k to £10k depending on the design, and a typical MOQ would be around 20,000 units. OMC’s Mouldshare series reduces typical setup costs to the £1k – £3.5k region, with MOQs as low as 500pcs.
From a market position perspective, the new series bridges the gap between the company’s Profiled backlight range – which are manufactured using custom-engineered CNC profiling machines, have little or no setup costs and MOQs as low as 5 pieces – and the company’s standard moulded backlight range.

As with OMC’s standard injection-moulded backlights, designs can benefit from simulated multi-source™ (SMS) emitting elements and integral dispersion lenses to enhance uniformity and PCBs can be incorporated into the design allowing simple 2-pin connection to the backlight and simplifying circuit design. Customers can also specify screw holes, mounting clips and other features to be moulded into their designs, reducing cost and enhancing versatility.

Mouldshare is suitable for all standard backlight applications. Customers have been delighted with the very economical setup NRE and low MOQs. A recent example of a design was a high brightness, high uniformity white backlight with an integrated PCB, 2 pin connection, about 35mm x 45mm in size, used for an imaging application,with a setup NRE of under £1.5k and MOQ of 500 pieces.

The extra features Mouldshare technology enables for specialist applications has reduced costs and opened up many possibilities for a wide range of sectors.