The demand for robotic equipment is not only increasing but changing in scope. New applications such as surgery, home healthcare assistance and more broadly speaking, medium sized industries require smaller robots than what are used for example in the car industry. Small and medium size robotic systems are highly integrated and designers require power supplies to comply in many ways. For example, to comply with a large variety of applications, with worldwide safety standards, and the ability to offer more than just ‘basic’ power, e.g. offer dedicated channels for IGBT control. All too often, conventional power supplies offer just part of what system designers require, with few if any completely embracing the designers’ wish list. To offer a power solution dedicated to, and meeting all of these new requirements, COSEL developed the RBC200F series. 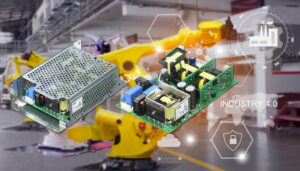 Cosel’s RBC200F is a configurable AC/DC power supply with triple outputs tailored specifically for robotics and factory automation. Based on a unique concept, the Cosel RB series offers three configurable, fully isolated outputs, with one having reinforced isolation to power Intelligent Gate Bipolar Transistors (IGBT) or similar applications. Certified to EN62477-1 Over Voltage Category (OVC) III, by reducing the need for an extra isolation transformer when connected to a distribution panel, the RBC200F power supply simplifies the design process for systems architects while reducing costs. Reducing energy consumption, the RBC200F is fully digitally controlled on the input and output stages. Because small and medium sized robotic equipment manufacturers are addressing complex application profiles, e.g. a fast moving arm followed by heavy load lifting and smooth, precise positioning, then independent output digital control is a very important feature, making it possible to create a unique configuration for each application in only few minutes. This is a game changing improvement over standard power supplies. 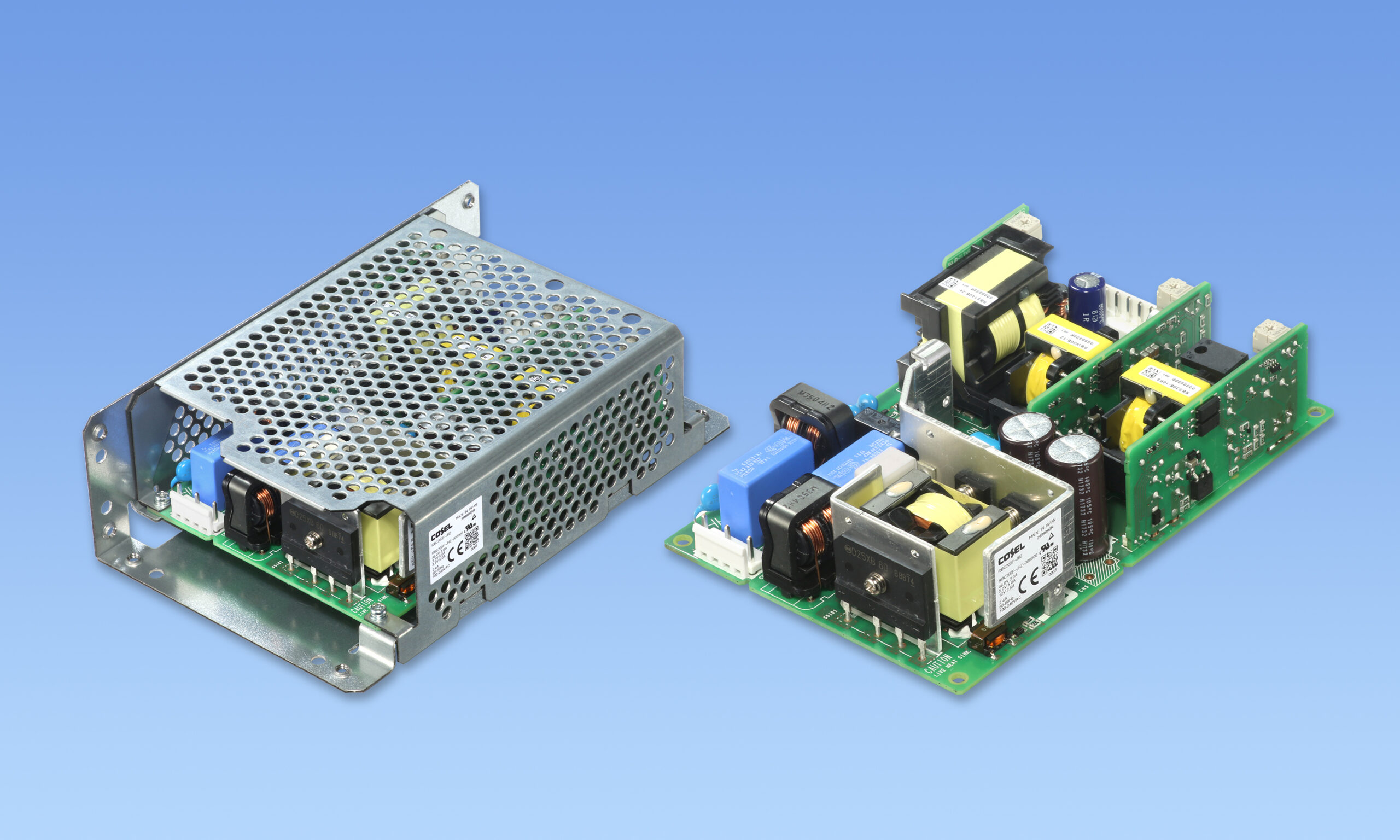 The RBC200F’s 200W open frame, configurable AC/DC power supply with triple outputs design is an industry first. It accepts input voltages of 84 to 264VAC and delivers an output power of 207W. The power supply is designed for convection cooling and can be operated from -20 to +70 degrees centigrade at an altitude up to 3,000 meters, 9,000 meters in the case of storage.

To optimize efficiency, the master output DC/DC converter is based on an LLC resonant topology when the second and third outputs are using Quasi-Resonant-Flyback topology. Peak efficiency is a high 91%.

Making system design and installation simpler, by being designed for convection cooling the RBC200F can be installed in any orientation, with a linear derating being applied above 50 degrees C. In addition to a low-leakage option, there is an optional covered chassis, a vertical mounting terminal block, and conformal coating for harsh or corrosive environments. For ease of deployment the RBC200F measures a very compact 101×38.3x152mm, with the latter measurement becoming 164mm taking into account the terminal block.

Small and medium size robotic equipment is a growing market, with many sub-systems requiring highly integrated power supplies. The surgical robotic segment is expected to grow from USD 3.9 billion in 2018 to USD 6.5 billion by 2023. COSEL’s RBC200F is suitable for a large number of these applications and is able to contribute to, and drive those high volumes. Based on a modular design, the RBC200F platform can quickly be modified to accommodate other types of applications such as process control, and with its reinforced application capability, also medical equipment and the new generation of equipment that form part of the forthcoming Industry 4.0. With that in mind, COSEL is already developing the second generation of products with a higher level of communication for a deeper level of integration into machine-to-machine architectures that the robotic industry is developing.